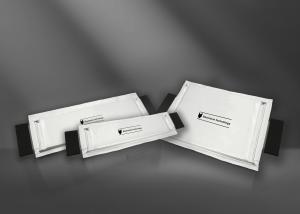 BAAR, Switzerland 13.10.2021. Blackstone Resources AG (SWX: BLS, ISIN CH0460027110) is pleased to announce that the 3D-printed battery cells manufactured by Blackstone Technology GmbH, a 100% subsidiary of Blackstone Resources AG, have passed the critical UN 38.3 test with flying colors. The pouch cells manufactured with a special and patented 3D printing technology from our plant in Döbeln/Saxony thus demonstrably ensure safe and secure transport even under adverse conditions.

The so-called UN 38.3 test ensures that lithium cells and batteries can be safely transported and shipped. Conditions to which the load carriers may be exposed during transport are therefore simulated. These include environmental influences such as pressure, temperature, crushing or impact. These tests are defined in the United Nations "Manual of Tests and Criteria" and are described in section 38.3 – hence the designation "UN 38.3".

T1 Altitude: In the so-called altitude or negative pressure test (Altitude Test), transport is simulated, for example, in an aircraft. No weight or stress loss occurred in any cell. All criteria were met, and the test is considered to have been passed.

T2 Thermal: In the thermal test, the cells are exposed to high temperature differences. Among other things, the cells are stored at a temperature of 72°C+/-2°C for at least six hours. There were no abnormalities during the test cycles in the climate chamber. All criteria were met and the test is considered to have been passed.

T3 Vibration: During the vibration test, the dynamic loads in all installation positions are simulated on the cells during transport. Each cell was exposed to vibration for a total of 9 hours. No abnormal behaviour was observed, and the voltage and weight did not change in any of the cells. All criteria were met and the test was considered to have been passed.

T4 Impact: During the impact test, the cell should be subjected to cumulative impacts. This sequence was performed for all three axes. No abnormal behaviour was observed. The weight and tension of the cells remained unchanged. All criteria were met and the test is considered to have passed.

T5 External short circuit: The test simulates an external short circuit of the cell. For this purpose, the cells were preheated to 60°C and the short-circuit condition was maintained for 70 minutes. After performing this test to standard on four test samples, which did not result in a significant increase in external temperature, rather cooling (external temperature 20°C), the short circuit resistance was reduced and a peak short circuit current of 600A was measured (at 4.8mOhm). Voltages were 0.4-0.7V after the load switch was opened and recovered to values between 2V and 2.7V within two hours. All criteria were met and the test is considered to have passed.

T6 Impact/squeeze: The test recreates mechanical damage by squeeze induced with a 20 ton hydraulic press. The force wine effect of the press over the punch was distributed over the cell with the help of an appropriate aluminum cuboid. The press was driven onto the cell sample at the specified speed of 1.5cm/s, and at a press force of 13.5kN the squeeze was broken off in accordance with the standard and the punch retracted. There was no stress collapse or significant deformation of the cell. All criteria were met and the test is considered passed.

T7 Overcharge test is not provided for single cells and was not required for this test series.

T8 Forced Discharge: This test is used to determine the resistance of the cells to a forced discharge condition. In this test, a fully discharged cell is forced to overdischarge using an external power supply so that it no longer supplies voltage and acts as a resistor. A maximum discharge current of 30A was selected as per specification. There was no fire or disintegration of the cell during the test and within the following 7 days. All criteria were met, the test is considered passed.