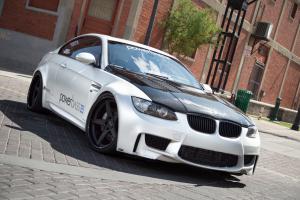 Built on a wide-body kit, Carlos Molina’s BMW 335i has a paint job ‘so good people think it’s a wrap,’ said Molina. 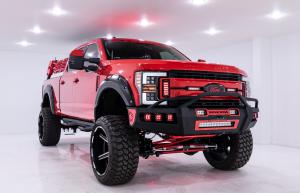 The Ford F-250 build created by Carlos Molina and Projekt Cars is a ‘very aggressive’ truck designed to be driven. 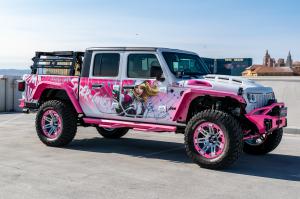 EL PASO, TEXAS, UNITED STATES, October 29, 2020 /EINPresswire.com/ — When he was a child, Carlos Molina told his parents he wanted to become a scientist so he could “make new cars,” but it was his time in the military that helped inspire Projekt Cars.

Today, Projekt Cars has built more than 300 cars and serves as a marketing organization providing brand imaging for builds. The majority of the builds they do are for Projekt Cars members. In addition, they offer a mentorship program to help veterans find sponsors to help build up cars for those who can’t afford it.

After college, Molina served as an officer in the U.S. Army. “My first duty station was in Panama City, Panama. Several crushing disappointments at the Post Exchange (PX) in receiving incorrect automotive parts led me to search for a means of obtaining aftermarket parts through an intranet. I dubbed the online program Projekt Cars,” he explained. “This virtual storefront alleviated the hassle of ordering through the PX and provided an avenue for modifying vehicles for overseas soldiers. Years later, I would use the name to acquire sponsorship parts for builds.”

While the majority of his builds are for clients, Molina’s 2008 BMW 335i is a personal build. His goal was to build a car so impressive “nobody would be able to say anything negative about it.”

Built on a wide-body kit, the BMW has a paint job “so good people think it’s a wrap,” he said. “The wheels match perfectly to the body kit. We re-did the entire interior in black suede and gray and there’s a Vibe Audio system in the trunk.”

Performance BMW called the vehicle “one of the Top 10 BMW 3 Series builds of the decade.”

The second build Molina is entering into CTEK’s contest is a 2016 Ford F-250 truck designed for a client who’s also a neighbor. “He lives down the street, and he’d always see everyone at my house building stuff.”

Molina turned the F-250 into a “very aggressive” truck designed to be driven. “It’s not just about aesthetics. It’s designed for use,” said Molina. The F-250 features a rear tow hitch supported by tow arms and a bed rack with recovery equipment.

“We powder coated the suspension to tie in with everything else instead of using chrome because this truck is going to be used,” explained Molina. The vehicle’s front-end suspension was augmented to account for the truck’s increased lift and larger tires.

“I think clients get more of an appreciation for everything that goes into a build when they can actually see what it takes to make it work,” said Molina.

The third contest build for Molina was actually the second Jeep he’s done for the same client. “For her first Jeep, she originally thought it should be pink, but then decided she didn’t want it so girly, so we went with silver and black. This time, she told us to do pink because she really wanted the girly Jeep.”

Not only is the 2020 Jeep Gladiator pink, but Molina and Projekt Cars also worked with comic artist Tyler Kirkham to create Spider-Gwen artwork from the Marvel Universe.

“Whenever we do a build that involves a theme around a comic, we get permission from the artist and help with the concept and artwork,” said Molina. As a result, in addition to the car show circuit, Projekt Cars is making a name for itself at comic conventions. “We’ve become known as the car guys at Comic Cons.”

The Spider-Gwen Jeep Gladiator has an armored system from Iron Cross, four-inch suspension in addition to 38-inch tires, augmented steering control, a Vive Audio system, and an extensive lighting system.

Molina said Projekt Cars builds rely on CTEK battery chargers. “We’re based in Texas and we like doing indoor shows. At those shows, you turn on all your lights and audio. The last thing you want is to get embarrassed by everything turning off or things not working when you’re being judged. With CTEK chargers, we’ve not had those issues.”

Molina said he appreciates CTEK’s “small and compact” battery charger size. “When we do builds or travel to a show, space is at a premium. Every inch is accounted for and you have to plan logistically.”

In the Builder Challenge powered by CTEK, Molina will showcase his trio of builds on social media alongside other CTEK sponsored builds. Fans will have a chance to vote on their favorite build at https://smartercharger.com/pages/ctek-sema-360 with the winning builder receiving a CTEK prize package. One lucky voter, drawn at random, will also receive a CTEK prize. Voting will be open Nov. 2-6. For more information, visit facebook.com/ctekbatterychargers or https://www.instagram.com/ctekchargers/

* Carlos Molina is the founder of Projekt Cars, in El Paso, Texas. Projekt Cars has built more than 300 cars. The builds have been featured in publications worldwide. For more information on Projekt Cars, visit them on Instagram at @projektcars.

* CTEK is a leading global brand in the care and maintenance of vehicle batteries. CTEK's unparalleled knowledge and continuous investment in innovation means they push the boundaries of research and development to bring new and unique battery charging technologies to the global market.
* CTEK offers the market high-quality, reliable chargers and accessories that are effective, easy to use (plug and play) and, most importantly, safe (for the user, the vehicle electronics, the battery, and the charger).
* With products and solutions for 6, 12 & 24 volt lead-acid & lithium (12 V LiFePO4) as well as Electrical Vehicle batteries, CTEK products are designed and tested to deliver maximum performance for all battery charging needs.
* CTEK sells over one million battery chargers each year across the globe and regularly tops the chart in independent battery charger tests.
* For more information about CTEK, INC. visit www.ctek.com