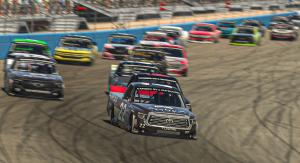 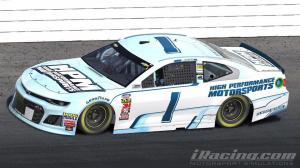 We feel eNASCAR has the potential to be the next top tier esport”
— Ben Feferman – CEO, Amuka Esports

"We feel eNASCAR has the potential to be the next top tier esport. While non-endemic sponsors don't always understand the traditional MOBA or FPS games, almost everyone understands the basics of racing. We see a huge opportunity for HPM to be leading the charge in bringing new sponsors, partners and fans to the racing ecosystem," said Amuka Esports CEO, Ben Feferman.

HPM was founded in 2014 by members Brandon Hauck, Brodie Kostecki & Daniel Roeper after ascending to the eNASCAR PEAK Antifreeze Series (World Championship). HPM has placed drivers in the eNiCCS since their founding in 2014; fielding cars in all but three years. HPM has also qualified for the eNASCAR iRacing Pro Series in all six years of its existence; fielding cars in each season. HPM drivers have earned two eNiCCS World Championship victories, 10 eNASCAR iRacing Pro Series victories, 12 eNASCAR iRacing Road-to-Pro Series victories and over 3,780 amateur victories in the last six years.

“We’re thrilled to become a part of the Amuka Esports family,” said HPM Managing Director, Nicholas Morse. “Amuka was plugged into iRacing after watching the eNASCAR iRacing Pro Invitational on FOX. We could not have partnered with a better organization that has esports roots across North America and is invested in growing High Performance Motorsports. We look forward to the future of simracing for HPM as a part of the Amuka Esports family.”

“This move was an easy decision for us after learning about Amuka’s aspirations and contributions to the gaming community,” said HPM Co-Founder, Daniel Roeper. “This partnership will help elevate simracing even further and we can’t wait to get the ball rolling.”

HPM now moves into the off-season program in preparation for the 2021 racing season.

About Amuka Esports
Founded in 2019, Amuka Esports is Canada’s leader in esports venues, online events and live broadcasts. With locations in Toronto and Windsor, they organized over 300 events last year and have produced some of the largest online events in Canada.