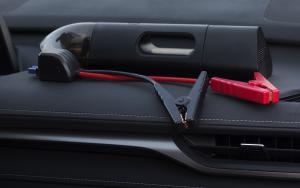 Jumpi is the Swiss army knife for your car 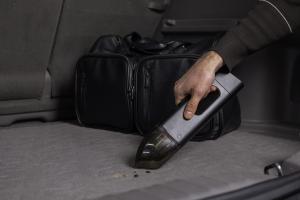 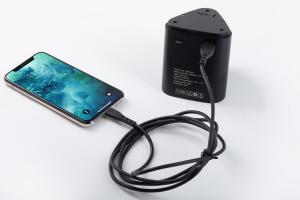 The portable car accessory by Jumpi Labs had a groundbreaking start on Kickstarter, achieving 250% of its funding goal within hours of launch.

There’s nothing like Jumpi on the market, so we knew people were going to be excited about this project. Its features usher car safety into the 21st century.”
— Jumpi Labs

CENTRAL, HONG KONG, March 30, 2020 /EINPresswire.com/ — Jumpi is a multi-purpose car accessory that can help drivers stay safe and clean on the road. The flagship product by Jumpi Labs, an innovator in gadgets for drivers, Jumpi is the first car vacuum to have fully-functional jumper cables and a power bank on board.

Jumpi launched on the crowdfunding website Kickstarter last week to enthusiasm from backers. On its first day of funding, backers pledged over $30,000, more than doubling its initial goal. Jumpi’s founders believe their success is due to a marriage of form and function.

“There’s nothing like Jumpi on the market, so we knew people were going to be excited about this project. Its features usher car safety into the 21st century,” commented Mr. Kee, one of the founders. “But Jumpi also looks and feels great. It’s a gadget that people are excited about keeping in their cars.” Jumpi Labs is hoping their new 3-in-1 vacuum inspires drivers to clean more often and be proactive about their safety on the road. Jumpi is now accepting backers at www.jumpilabs.com.

Jumpi’s standout feature is its portable jumper cables. The low-voltage, insulated cables are both durable and easy to use. They are shockproof and spark-proof, meaning they don’t have the risks of standard jumper cables (which can be deadly if used incorrectly).

Jumpi can jump start a car battery in seconds even if the driver has no previous experience using jumper cables. And, Jumpi can start a car without the necessity of another vehicle. Jumpi has its own power source, so a driver simply needs to hook the cables up to the battery and press a button to get back on the road.

Jumpi’s power source can also be accessed with a USB-C cable and used as a power bank to charge phones, tablets, computers, and more. Getting stuck on the road with no phone battery can be dangerous, especially considering our near-total reliance on GPS when in unfamiliar territory. Jumpi charges devices quickly to keep drivers connected at all times. Jumpi’s power source can charge a phone battery to full power 2.5 times.

Jumpi offers daily convenience in the form of a lightweight but powerful cordless car vacuum. Jumpi’s suction power is strong enough to clean even unseen microbes from surfaces in a car, though it weighs about the same as an iPad and is small enough to fit in a glove compartment.

Jumpi is 30% quieter than other car vacuums. This makes it easier for a passenger to use without disrupting the driver, waking the baby, or disturbing the dog.

Jumpi is safe to keep in the car at all times. It’s coated with antibacterial material so it won’t get dirty over time, and it won’t spread dust and bacteria to the hands when in use. A no-touch dirt canister allows for easy emptying without coming into contact with any refuse.

For those hard-to-reach places like between cushions and under seats, Jumpi comes with an attachable crevice tool for precision cleaning. The tool easily clips to the front of the vacuum and also serves to extend the user’s reach.

Having satisfied its funding requirements, Jumpi will begin production and shipping to backers within 30 days. Crowdfunding is still open to new backers who wish to take advantage of early-bird discounts of up to 59% at www.jumpilabs.com.

Jumpi Labs is a Hong Kong-based tech company dedicated to developing the handiest devices that people didn’t know they wanted. Their flagship product is the Jumpi car vacuum, a 3-in-1 portable vacuum, jump starter, and power bank for drivers.

The Jumpi Labs team is made up of engineers and designers from around Asia. They first unified behind the idea for the Jumpi vacuum in late 2018, and have been hard at work since then developing new ideas for drivers and smart consumers around the globe. The future of Jumpi Labs relies on backers’ support of the Jumpi vacuum. The team looks forward to releasing further innovations upon the success of their first project.