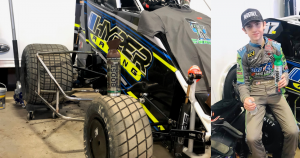 Christian Bruno and Bruno Racing had Boost on-hand and available at the Tulsa Shootout. 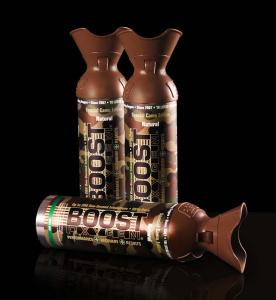 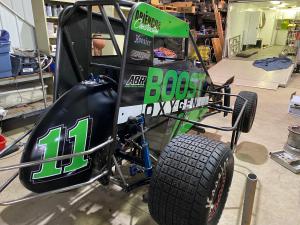 Boost is a trusted product for helping to overcome poor air quality conditions – especially those at indoor racing events; drivers and spectators can feel better by giving themselves a Boost!”
— Rob Neuner, CEO / Co-Founder

TULSA, OKLAHOMA, UNITED STATES, January 10, 2020 /EINPresswire.com/ — Boost Oxygen is set to be available next week at the Chili Bowl Nationals in Tulsa, Oklahoma. The 34th annual Lucas Oil Chili Bowl Nationals presented by General Tire takes place January 13-18, 2020 on the Tulsa Expo Raceway, located under the giant roof of the River Spirit Expo Center. Over the years, spectators, drivers and race team support have implemented Boost to feel better in an environment that fills up with exhaust. Boost will be available at a booth on the midway, brought to the event by the Andee Beierle Motorsports team.

Scott Beierle, Partner in the Andee Beierle race team, says "We are excited to bring Boost Oxygen to the fans of the Chili Bowl; with a bottle of Boost at their side, fans will now have a way to enjoy themselves in an air quality challenged environment throughout the events."

“We are very excited to be engaged with Andee Beierle Motorsports. Athletes of all types, youth to professional and in all sports (including motorsports), implement Boost Oxygen for maximizing their performance, recovery, and results with our 95% pure supplemental oxygen. The use of purified oxygen isn’t new, but it hasn’t always been available to the everyday athlete,” says Boost Oxygen CEO and Co-Founder, Rob Neuner. “We support health and wellness and we’re a trusted product for helping to overcome poor air quality conditions – especially those at indoor racing events; spectators can feel better by giving themselves a Boost!”

Boost Oxygen is implemented by athletic trainers and athletes in all the major professional sports leagues; youth, high school and college athletic programs do as well. Senior citizens have it in-hand to support active lifestyles. Active outdoor adventurers of all ages bring it along to support themselves in poor air quality conditions such as heat, humidity, ozone, smoke, pollen and especially at-altitude. Boost enjoys genuine, non-paid, high profile visibility when spotted in the hands of celebrities and while on popular morning and primetime network and cable television shows.

Boost is also implemented by the Christian Bruno racing team for all events throughout their season – but especially for the indoor events. Last week, Bruno Racing made it available in the pit area of the Tulsa Shootout because of how it helps everyone on his team and family – and within the racing community, it’s one big family; helping others is very common. Charlie Bruno says, “We started using Boost after an indoor race in Ohio a few years back. Michele became ill from the carbon monoxide (CO) exhaust. Although not at ‘danger levels’, with her being post-transplant and having a suppressed immune system, she ended up in the Emergency Room. That’s when we did some research and found Boost. We began using it the day before racing and all during the event itself and she never became ill again. Now it’s a staple in our pits for not only Michele, but the whole team. They treated her for CO poisoning. The treatment was pure oxygen. Within an hour she was feeling better.”

Michele Bruno is a transplant recipient, learn more about her story as it is published at the Boost Oxygen BLOG page of our website ( https://www.boostoxygen.com/the-brunos-exemplify-family-strength ) and also visit Driven2SaveLives.org.

About Boost Oxygen:
Boost Oxygen is the #1 trusted brand of portable, lightweight 95% pure oxygen. Based in Milford, Connecticut, Boost Oxygen is a Made in the USA product, available at retailers nationwide and exported worldwide. For more information, images and studies about the benefits of oxygen, visit the website: www.BoostOxygen.com. On social media, consumers post about their experiences on Facebook (@BoostOxygenUSA), Twitter (@BoostO2) and Instagram (@boostoxygen).

Athletes of types are implementing Boost Oxygen to support ‘Performance, Recovery & Results’; we are available at sporting goods retailers nationwide!