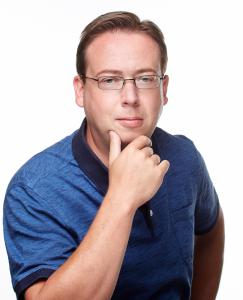 LONDON, UNITED KINGDOM, December 2, 2019 /EINPresswire.com/ — It is our sad privilege to announce the departure of our Managing Director and shareholder, Petr Palan. From our inception in 2016, Petr did a great job in setting up our European Launchpad for Global ideas and supporting our diverse projects with strategic advice, product design expertise, and tireless business development efforts.

Petr brought several of our projects towards their first angel or VC investments and he was instrumental to setting up a wFund.VC spinoff, called Nation1, which is now independently working early-stage VC fund focused on the Czech Republic.
We will certainly miss Petr’s drive, ability to execute as well as his broad experience and ability to deconstruct complex ideas into simple business models which, as you know, is critical for the success of any early-stage project.

hDock42 is London based supporter of early-stage ideas from across Europe. We focus on ideas with global potential. We try to validate the idea first and then form a team around it. Just to name some of the projects hDock42 was working on under Petr's leadership:

If you have a great idea, just reach out.