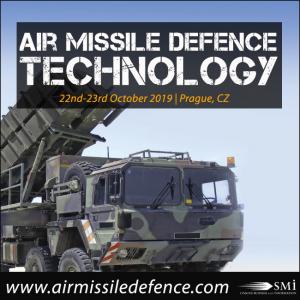 LONDON, UNITED KINGDOM, May 31, 2019 /EINPresswire.com/ — With Iran's development of powerful missiles advancing, it has been announced that the Israel Defence Forces are working with the US to trial out a highly advanced THAAD missile defense system for the first time.

Learn more about how allies, the US and Israel, are working together to stay ahead of near peer adversaries from leading experts from the US DoD and Israeli Air Defence HQ at SMi’s upcoming Air Missile Defence Technology 2019 conference on 22nd-23rd October 2019.

For those who would like to find out more information about the conference and for live agenda updates and the latest downloadable content, visit www.airmissiledefence.com/einpr

To register for the conference and save £400, book online by Midnight GMT on 31st May 2019 at www.airmissiledefence.com/einpr

The conference is proudly sponsored by Lockheed Martin & Weibel Scientific.

About SMi Group: Established since 1993, the SMi Group is a global event-production company that specializes in Business-to-Business Conferences, Workshops, Masterclasses and online Communities. We create and deliver events in the Defence, Security, Energy, Utilities, Finance and Pharmaceutical industries. We pride ourselves on having access to the world’s most forward thinking opinion leaders and visionaries, allowing us to bring our communities together to Learn, Engage, Share and Network. More information can be found at http://www.smi-online.co.uk